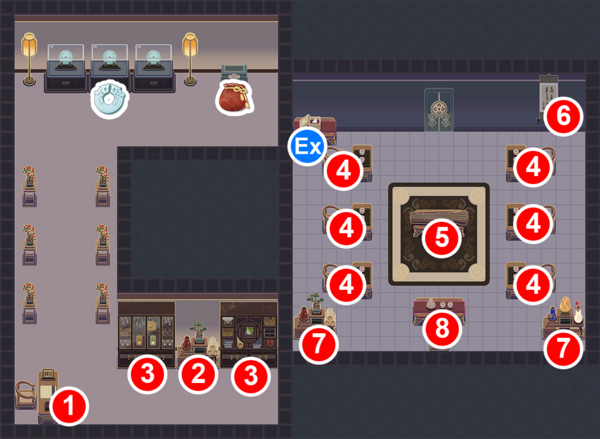 The "Ex" mark on the map is an easter egg referencing

This puzzle focuses on finding corresponding values between numbers, flowers, months, the animals of the Chinese Zodiac, the "earthly branches," and the "heavenly stems."

Enter the numbers that correspond to the flowers in order of Wintersweet, Lotus, Chrysanthemum, Rose 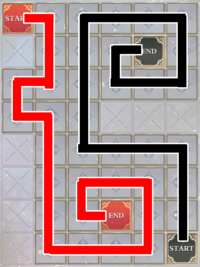 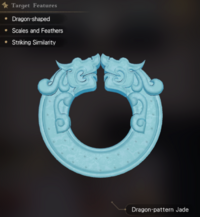 The clues at the "7" markers on the map must be checked before obtaining the marked artifact (Dragon-pattern Jade). These reveal the true artifact has "Scales and feathers" (dotted body and "mane" patterns around its heads) and "Striking similarity" (symmetrical). The correct artifact is above.