The main character attends a Pax board meeting with Marius. Marius proposes a collaboration with a foreign anime company to push Pax's own IPs, but the board rejects the idea as risky and unnecessary. Two hours of arguing are not enough to convince the board, and the meeting pauses for a lunch break.
During the lunch break, Marius invites the MC out to relax and find a solution to the board stalemate at an arcade in the mall. The arcade is closed for maintenance, but Marius lies to gain entry since they only have something he wants at this location. Marius asks the MC to choose a game, and her attention is drawn to a claw machine with a puppy from a webcomic she reads.
Marius reveals that the claw machine the MC has chosen is his goal; the character plushies inside are from the company he wants to collaborate with. He encourages the MC to try to get the puppy she wants. When she fails, he finds it funny, and she makes him try instead; he says he's never been to an arcade and asks her to teach him how to play, then sees quick success.
The MC asks Marius if he's ready to return now that he got a plushie, but he stays and catches one for every board member, then gets the puppy for the MC after she fails to catch it on her own again.
The two return with the plushies and pass them out to the board, who hadn't realized before seeing them that these familiar characters were a foreign anime IP. This demonstrates to the board that the characters are more popular than they had realized, and that Pax's IPs could see similar success in a collaboration. The proposal is approved, and the MC draws up the relevant contracts.
A few days later at work, Kiki suggests they go to the same claw machine. The MC goes by herself but runs into Marius there, who was thanking the clerk who let them in before. He immediately leads her out and reveals that his lie earlier was that the MC was supposed to have left town days ago; when the MC complains that she can't ever go back there, Marius offers to buy the arcade.

Marius: I saw you staring at the plushies inside the claw machine at the arcade.

You: I doubt any girl can resist furry plushies.

You: They're ok... I just think they're pretty cute.

Marius: Then... do you prefer animal plushies or figure plushies?

You: They're furry, cute, and stress-relieving!

Marius: I'm guessing that you must really like the puppy plushie I gave you, right?

Ever since I saw it

You: I've loved it ever since I saw it!

Marius: Does that mean my puppy is your favorite plushie?

Marius: I see. So my plushie doesn't hold a special place in your heart...

You: I read this one comic a while back, and they have a pretty good plushie of the male protagonist.

Marius: You like plushies of other men!? You're making me jealous!

You: No need to be jealous. It's just a plushie!

Marius: So you do still care about me.

I just think it's made really well

You: I just think that it's made very well!

Marius: I can get a hundred more if you like it!

Marius: I'll catch every single one that you like!

I believe in you

You: I believe you can!

You: Oh, no no no, let's not make it hard for the shop owner. I'm sure he'll be thankful!

Marius: Why? I paid for it though!

Marius: You just wait! I'll fill your room with dolls that I catch!

You: My room is already full...

Marius: That's the point. I'm going to fill your room with my stuff!

Marius: That way you'll feel like I'm always there!

You: Good! They're all mine!

Marius: Take them all!

Marius: Where did you put the puppy I gave you last time?

Marius: It took me a lot of effort to catch it. How can you forget!

You: Oh! You mean the puppy doll.

You: Of course I remember! I thought you were talking about a real dog.

Give me a hint

Marius: The one from the claw machine! I can't believe you actually forgot...

Wait, let me look for it

Marius: Did you lose it!?

Marius: All that effort... and you just threw it somewhere...

You: I didn't throw it just anywhere! It's definitely somewhere in my room...

I planned on putting it away

You: I was really tired that day... I wanted to put it some place safe...

Marius: And then you forgot...

Marius: I guess you don't care about the things I give you.

Marius: Forget it. I see how it is.

You: Wait... Marius von Hagen, you're messing with me again, aren't you?

You: I'm sorry, Marius! It's my fault! Can you reply to my messages?

Marius: Does it make you nervous if I don't?

Marius: I feel much better all of a sudden!

I was so busy I forgot

You: I'm sorry! I was just so busy that I forgot! It's definitely in my bedroom! I promise!

You: Are you not replying because you don't believe me...?

You: Don't go anywhere! I'll go take a picture of it right now!

Marius: Miss, you're really such a cutie~

Marius: I would've kept going if I knew my acting was that good!

I actually believed you

You: You've really made me angry this time!!

Marius: Haha, I'm sorry! I won't ever do it again. Please forgive me.

Marius: I gave you the doll to keep you company in my place. How could you forget about it...

Marius: Make sure you don't forget about me someday as well.

Marius: Why don't I just fill your room with dolls? That way, you won't ever forget about me! 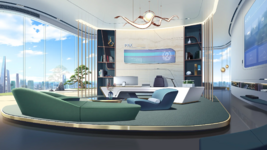 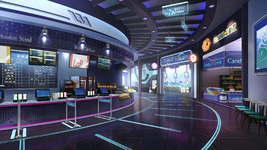 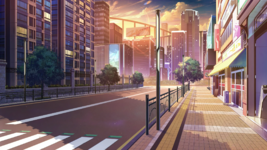 The following is a list of Shadows of Themis that Marius "Child at Heart" has been featured in.